The Madagascar Fauna and Flora Group 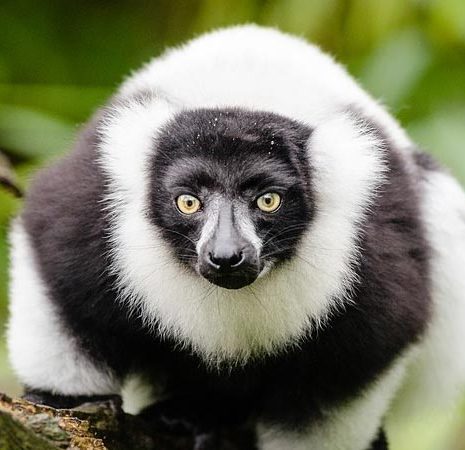 Madagascar, the world’s fourth largest island, is home to a unique range of animals and plants, but they are at risk from extensive environmental damage..

The problems in Madagascar are numerous. Fragmented forests, people struggling to survive under the poverty line, and political instability amongst others. The Madagascar Fauna and Flora Group (MFG) was formed to link zoos and botanical gardens to conservation action to protect this unique environment.

The Living Rainforest are working with MFG to support their work. With your support, MFG are helping to turn things round, one obstacle at a time.

The MFG rely on donations to continue their work

The MFG are grateful for all donations, no matter how big or small. If you’d like to donate, please click the button below, (please include the project name in the comments when you donate online).

The Madagascar Fauna and Flora Group (MFG) are based is in Toamasina in Madagascar, with international headquarters is at the Saint Louis Zoo, USA. They work primarily in the eastern rainforests of Madagascar at two locations, Betampona Natural Reserve and the Parc Ivoloina.

MFG’s have a research station where Conservation Agents, project support staff and visiting researchers serve to protect the forest’s biodiversity.

The MFG works in close partnership with the Madagascar National Parks’ (MNP).

Madagascar is known for its high levels of biodiversity and species endemism. It is part of the Madagascar and the Indian Ocean Islands Hotspot (defined by Conservation International). Betampona Natural Reserve is one of the few remaining intact areas of lowland forest in Madagascar, characterized by a high diversity of low canopy and small girth trees, of which there are at least 244 species.

Betampona is surrounded by nine villages, and in all of them the human population is growing rapidly. An initial socioeconomic survey found that most families have no more than a 500 square metre plot of land to cultivate rice and crops, 54% admitted to practicing slash-and-burn agriculture, 67% hunt their own bushmeat, and 97% gather wood from the wild. Food animals that are commonly found in the villages include chickens, ducks and pigs; however, problems with disease-related mortality result in limited production.

The MFG began surveying Betampona’s lemur populations in 1990, which led to the 1997–2001 re-introduction of captive-born Black-and-white Ruffed Lemurs (Varecia variegata) into the Reserve.

The MFG has worked with nearly 400 villagers to plant 42,000 trees covering 126 hectares around the Reserve.

Reforestation of Betampona’s 100-meter Zone of Protection with native trees: This program began by partnering with the local communities, learning their needs and establishing tree nurseries at four villages.

Eradication of invasive exotic plants, including guava, one of the world’s worst invasives, in Betampona. The MFG has documented the extent to which invasives have penetrated the Reserve and their impact on the regeneration of native species. Unless the invasives are controlled/eradicated, the structure and ecological integrity of Betampona’s primary forest will be forever altered.

Community Development and Livelihoods Project around the Reserve: The MFG has adopted the slogan “Protect Betampona, Develop Communities”. To this end, the MFG will expand its Parc Ivoloina-based eco-agriculture program to communities around the Reserve. Identifying the appropriate vaccinations for chickens is a key action to increasing production. Improved production may reduce bush-meat hunting and serve as a source for generating income.

Research into four of the 11 lemur species found in the Reserve, to provide information to develop a strategy to maintain the viability of the Reserve’s populations of these four species.

The MFG has an established child education program (Saturday School) that helps rural children pass the national exam to enter secondary school while introducing them to locally relevant conservation messages.

Numerous Living Rainforest staff have seen first-hand the destructive nature of the problems in Madagascar. As a result, the charity is currently a member of the MFG and fully believes it is a worthwhile cause.

Plants and animals from Madagascar to look out for at the Living Rainforest include the Madagascan Hissing Cockroach (Gromphadorhina portentosa) and the Rosy Periwinkle (Catharanthus roseus).